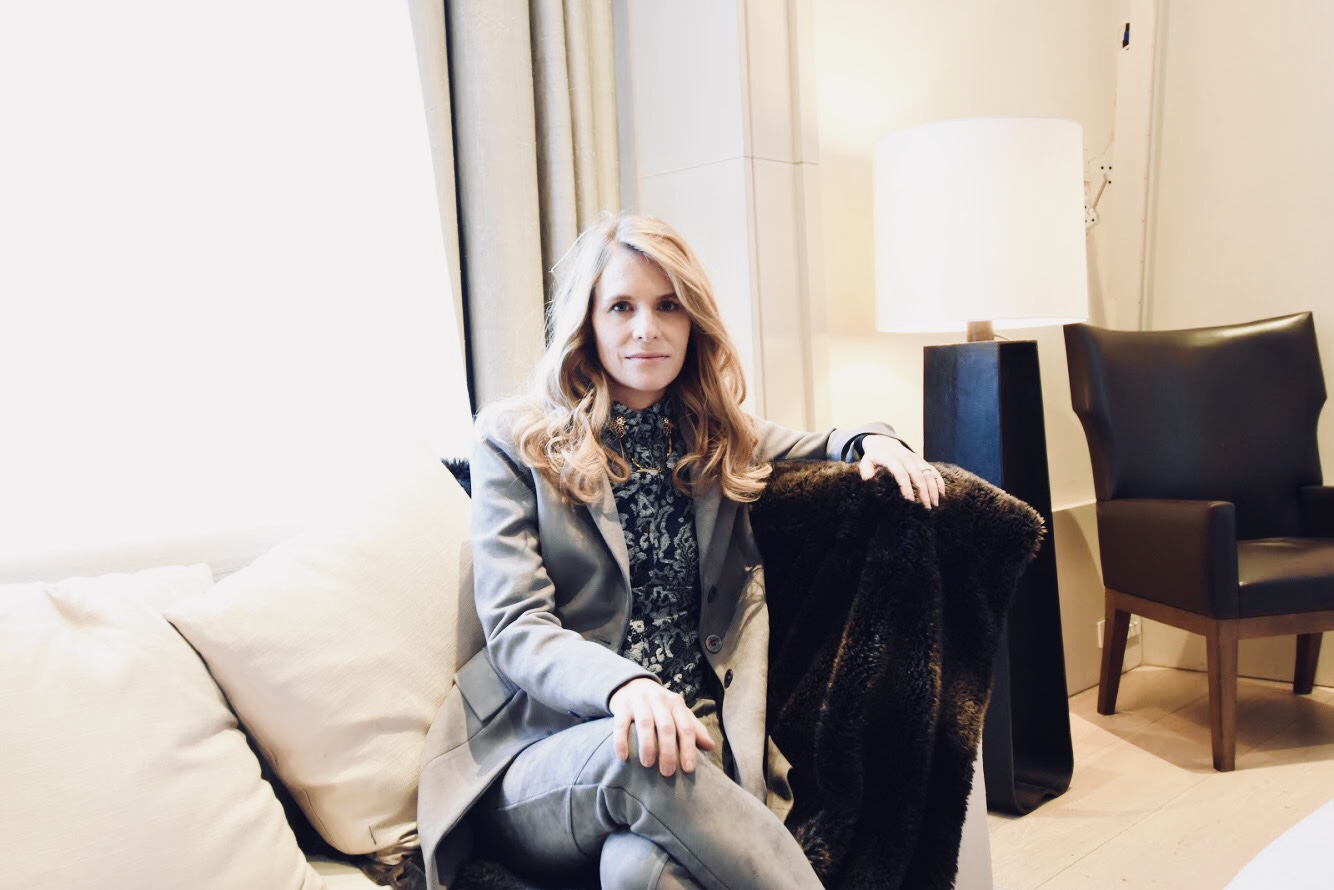 What Comes Next for TILA Art Studios Founder Tiffany LaTrice

AMELIA BRANKOV is a seasoned commercial litigation attorney, widely acclaimed for her extensive and successful work in the advertising, art, fashion, film, television and media industries. With New York being the center of the art world and an unparalleled base for an art law practitioner, after she received her law degree in Austin, Texas, Brankov moved to the city to work at Frankfurt Kurnit Klein & Selz, a top-tier boutique entertainment law firm, and has since has been named a Super Lawyer in New York for business litigation and intellectual property every year since 2013.

In addition to her litigation practice, Brankov has an active art law practice where she advises galleries, auctioneers, collectors, artist studios, curators, antiquities dealers, art advisors, appraisers, conservators, and other various players in the art world. Brankov has been quoted in various media outlets, frequently writes and lectures on art law and intellectual property law issues.

Some of her cases include a litigation involving a foundation created by a prominent artist with over $1 billion in assets, defending a visual artist against copyright infringement claims, representing an artist involving flood damage to over 100 works of art, resolving a dispute among competing claimants to looted 20th century artwork, and resolving numerous disputes involving the authenticity of artworks.

So why exactly is art and law so important? We sit down with Brankov to discuss her legal career in the arts and some interesting questions that arise when critically thinking about the connection between art and intellectual property.

What is your role at Frankfurt Kurnit Klein & Selz and how did you get started with art law?

Our firm was founded by lawyers representing creatives of all stripes. Starting off as a junior attorney at the firm, my practice involved representing firm clients in all sorts of litigation and dispute resolution matters ranging from breach of contract and fraud claims to copyright infringement and right of privacy and publicity claims. Some of my first art law matters were pro bono dispute resolution matters representing artists. Those early matters ignited my interest in representing artists and those involved in the art market. As I grew more senior at the firm my practice became increasingly focused on a subspecialty in representing art market participants.

What do you love about art law and what is your job like on a day-to-day basis?

I love not only being close to the arts by representing those in the art market, but the legal issues involving authenticity, title, artists’ rights, and copyright are evolving and their application to a particular case can vary significantly and therefore there’s always something new to learn.  My clients include galleries ranging from emerging to blue-chip galleries, artists, photographers, art collectors, art advisors, appraisers, and conservators. As a litigator, your day-to-day job functions vary – I could be preparing papers to file a case, going to court to argue a motion, interviewing witnesses, or preparing a case for trial. I also counsel clients on non-contentious matters, which involves preparing agreements and communicating with counterparties. On a typical day, I might be preparing the defense of a copyright infringement claim brought against one of my clients, interviewing witnesses in connection with a fraud case, negotiating a settlement of a claim involving the authenticity of an artwork, and reviewing an art consignment agreement.

Why are lawyers needed for artists, galleries, auction houses and beyond?

Speaking generally, there are two sorts of legal needs in the art world.  First, there are legal needs that individuals and businesses have regardless of their industry – namely, litigation and dispute resolution, intellectual property law, real estate, employment law, contract law, trusts and estates law, etc.  Second, there are some legal issues that are specific to the industry, such as the law that governs art consignments to dealers, laws regarding the sales of artwork created in multiples, artists’ moral rights, cultural property laws, auctioneer laws, etc.

What is the significance of art, law, and intellectual property?

Intellectual property issues can arise for artists in many different ways, but some of the cases that have grabbed the headlines recently concern the following issues: Do street artists have the right to be compensated for the destruction of artwork that they painted onto buildings owned by others?  Is the usage of underlying source material such as photographs by an artist without the photographer’s permission copyright infringement or fair use? Should a brand have to ask for a license from an artist before creating an advertising campaign that contains visuals that are arguably similar to an artist’s artwork? Those are examples of questions at the intersection of art and intellectual property law.

How has the practice of art law changed over the years?

The prices for certain classes of artwork are soaring, and the collector base for fine art has expanded beyond a relatively small pool of collectors to a larger group of collectors worldwide. With that comes an increasing demand for professionals who can guide market participants engaging in these transactions.

What are the most interesting cases you’ve worked on?

With every case there’s always a new story to learn and to be told, but cases involving questions of authenticity and title to artworks can be fascinating from a legal perspective because they require a deep investigation concerning questions such as: is this artwork properly attributable to this artist? Could the artwork have possibly been created while this artist was alive? Whom should the court declare to be owner of this painting where there are competing claimants?

What piece of advice can you give to those who want to practice art law?

Read Ralph Lerner and Judith Bresler’s Art Law treatise, read The Art Law Blog, read Art Law – Getting the Deal Through (to which I am a contributor), and read trade publications. Get involved in collectors’ groups at museums. Participate in lawyers’ committees focused on the arts. For not only art law but any legal specialization, figure out who are the lawyers who do exactly what you want to do and try to emulate their careers, or even better, try to work with them. The field of art law is a competitive space and there are already many experienced practitioners in the field, but there is room for attorneys with determination and the right skill sets to develop a practice.

Many of the works I own were created by artists that I have represented over the years. I consider myself fortunate for that reason, because I have a connection with not only the work but the artist who created the work.

What has been the proudest moment in your career?

Hands down, even though it was years ago, the case that always stands out in my mind is my first trial – it was a trial for a pro bono client in which my client prevailed and was granted political asylum. My client was so overcome with emotion that he promised to name his firstborn daughter after me. This was before the days of smartphones and social media so unfortunately I lost touch with him, but I do think of him often and wonder whether there’s another little Amelia out there.  Despite my professional success in the ensuing years, it’s hard to beat a compliment like that from a client!

How has your view of the art world shifted since practicing art law?

I wouldn’t say my view of the art world has shifted, but it has expanded. Before practicing art law, my view of the art world was limited to going to museum and gallery exhibitions, artists talks, and reading art magazines. After practicing law in the industry, I’ve learned more about how the market functions, the players involved, and the legal issues that arise in the field.

How do you involve yourself within the art community outside of the law firm?

I lecture frequently on legal issues arising in the art community to artists, art market professionals, and law students. I go to gallery shows, art fairs, museum exhibitions, and studio visits as often as I can, and attend events organized by the Appraisers Association of America, ArtTable, and POWArts, among others, and am an active member of the Art Law Committee of the New York City Bar Association.