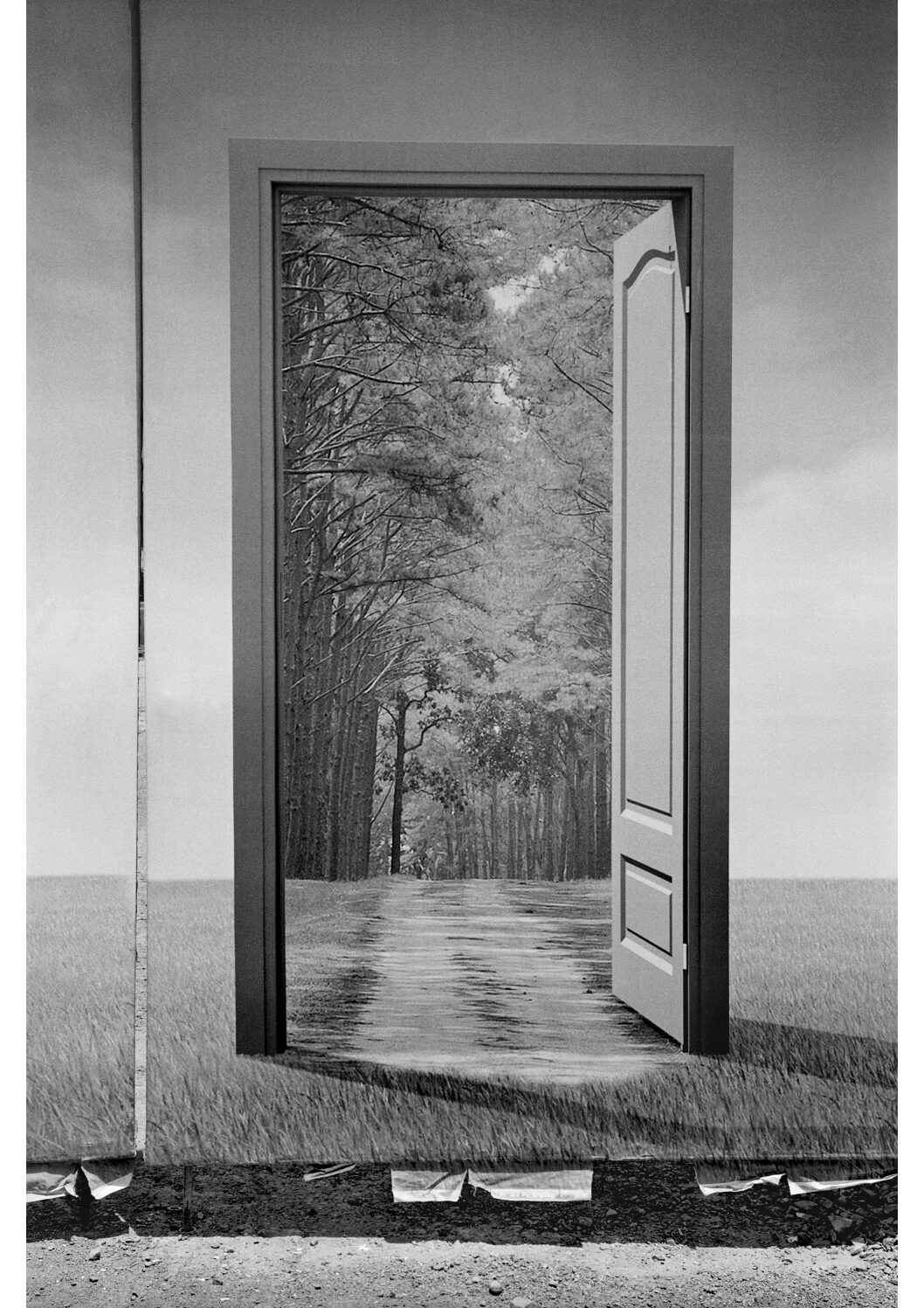 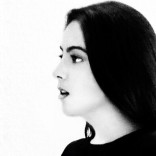 Gill’s photographs for her Rememory series are sometimes made at night, or appear to be so, and are mainly absent of people. Yet they reflect the complex psychology of the city, concerning things made by the human hand and mind. Mainly a self-taught artist, her mother, Vinnie Gill’s work is a reimagining of Indian biodiversity as she has experienced it, including trees, much-loved mountains, and rivers; and even old tombs as hosts of beings from her neighborhood, themes she has pursued for years. Vinnie believes that the shade of a tree is akin to the protective shadow cast by a mother on her child. For this exhibition, Ladhki Devi, an accomplished Warli artist, exhibited her work outside the village for the first time after an invite from Gauri Gill. She is showing fourteen forms of the Devi.

The show also questions traditional notions of what constitutes art practice and dominant perceptions of who classifies as an artist, among other diverse sub-themes, and interweaves three distinct bodies of work through each other. Sheher, Prakriti, Devi is an inimitable show that features three women artists of India demonstrating different aspects of the multifaceted Indian subcontinent.

Could you briefly tell us about your work for the exhibition?

I am exhibiting Rememory (after Toni Morrison), a series of photographs about the Indian city. I began it in 2003, in the semi-rural urban settlements and mofussil towns of Rajasthan. Emerging from periods spent in rural India I would encounter the city differently, and consider it afresh. For instance, in the village, I rarely observed such forms as cupboards, or gates to restrict access, or stuffed animals. I began to document these oddities, what I saw as the neuroses of urban life and city people. The work later grew to include cosmopolitan and vast urbanscapes like Mumbai and Delhi with their suburbs, satellite towns, and far-reaching influence.

Although the images do not depict people, they are all about the built landscape and objects created by the human hand and imagination. The creations range from those that have absorbed varied energies and often contradictory aesthetics to create hybrid and inventive new forms, to others that have traveled seamlessly from sterile architect’s offices in global cities, to inhabit dramatically new contexts. The migrant workers who carry out these master plans lose their traditional livelihoods and related ways of life and are dislocated from their ancestral homes,  often without any safety nets. They are rendered invisible in their hostile new environments. Nature herself is bent to human will and desire, as new worlds emerge from the underlying capitalist order, or as we continually aspire, desire, make and destroy.

What is the common thread in this exhibition between your work, your mother- Vinnie Gill’s work, and Ladhki Devi?

I constructed the exhibition around the nucleus of Rememory. These photographic fragments and typologies encompass both public and private worlds, from the dystopian to the dynamic. Spending all of last year editing the series in Delhi and then going downstairs to find my mother making her very intimate drawings of nature made me pause and consider how the both of us were interpreting the world—or engaging in world-making—in very distinct ways, in the very same home, and also that one was perceived to be some kind of artist and the other not.

I thought it would be an interesting counterpoint to exhibit the two sets of work together—my darker portraits of the city set against her more human drawings of all that she loves, be it trees, animals, mountains, or old tombs. She has drawn for roughly sixty years now, yet never exhibited her work.

That got me thinking about the work of Ladhki Devi, mother of the accomplished Warli artist Rajesh Vangad, with whom I have been collaborating since 2013. Warli is traditionally a matriarchal art form, and Rajeshji first learned drawing from his mother, yet unlike him, she has never exhibited her work.

The women could not travel as freely as the men, and so were cut out of professional spheres. I asked her if she would consider making work for our exhibition, and she kindly said yes. I invited her to interpret the infinite forms of the Devi, or Goddess, who appears to engage in—while simultaneously transcending—a wide range of everyday activities usually performed by women, as well as the fundamental duties of various aspects of Mother Nature. In this way, the metaphysical world could enter the exhibition.

So the exhibition has these three layers of city, nature, and deity that inform each other, Sheher, Prakriti, Devi. Apart from this conceptual underpinning, I hope it also enlarges the circle in terms of who is defined as an ‘artist’, what constitutes art practice, and that it allows us to reflect upon the underlying structures that enable or undermine such practices. The contemporary art world can be deeply exclusionary, in more ways than one.

What do you particularly like about your co-exhibitors work, Vinnie Gill and Ladhki Devi’s work?

Both Vinnie Gill and Ladhki Devi have very distinct styles, perhaps because they have practiced their art only within their families or village in the case of Ladhki Devi, completely outside the networks of professional artists, contemporary art discourse, galleries, and markets. Their labor and solitude have provided them with spaces of refuge and solace, and they have developed their practices from internal convictions, sustained over many years. Vinnie Gill’s sensitive work stems from a lifelong practice of maintaining diaries of drawings on trees, flowers, birds and animals, mountains, rivers, old tombs, and spiritual iconography. This practice has offered her a way to absorb and cope with the world in times of grief and upheaval, as well as joy. The intuitive nature of Ladhki Devi’s work and the surprises embedded in it come from her lived experience too, and years of devotional drawing.

Could you tell us about your work from the exhibition?

My work in the exhibition represents a bit of my character. I love nature and have always enjoyed walking in the mountains. Trees offer refuge to their many inhabitants, from beetles, peacocks, vultures, squirrels, monkeys, and their babies, to myriad other beings. The shade of a tree is often compared to the protective shadow cast by a mother upon her children. Flowers portray the depth of life through the complexities of their many components or parts. They integrate, disintegrate, and propagate and their colors are varied and magnanimous. The fruits and seeds offer sustenance to insects, butterflies, bees, birds, and other species and through the essential process of pollination, they ensure the survival of beings.

I admire the free-spiritedness of birds and animals. They have contributed to the evolution of mankind as they are our very ancestors. The night sounds of crickets, the early morning sounds of the birds, and the various calls of animals in the wild often bring to mind their instincts for self-preservation, and their vulnerability against the powerful, much as in human society.

The mountains are grand. Their towering presence is the closest vision of the supernatural and symbolizes the human quest to discover the unknown. They host a range of indigenous flora and fauna, medicinal plants, streams of fresh water filling lakes and reservoirs. One has to tread carefully in fear of their wrath which appears in various forms. Their peace, silence, and solitude make one reflect on the inner self. Similarly, the eerie silence of tombs contains a sense of presence. And offers a resting place and shelter to the creatures of this world and beyond.

What is your favorite piece from the show?

It’s very difficult for me to name one. All of them have a special place for me, tied also to memory. I normally paint in series ranging from mountain landscapes, trees, seascapes, fish, wild animals, birds, flowers, and so on. My work is my diary, my travelogue, my refuge. I am currently making some works on Buddhist deities.

Who are your biggest artistic influences?

I am most influenced by the Chinese and Japanese styles of painting. I enjoy working on rough handmade paper using ink and pen, as well as using mixed media. Currently, I am working with pastels and watercolor. I have enjoyed looking at the works of the Swiss artist Ferdinand Hodler, the Indian artist A. Ramachandran and the Sri Lankan artist Senaka Senanayake. But since I am mostly a self-taught artist, I have tried to gather my own thoughts over the last decades. My art is a celebration of life and my homage to all that I admire.

Could you briefly tell us about your work for the exhibition?

I was born in the village Sakhre, Maharashtra, and am a practitioner of Warli art. As a young married woman, along with my mother in law I learned to make chauks, or auspicious squares made of rice-flour paste with goddesses and gods depicted within, and to do the puja of important local deities such as the Kul Devta, Palghat Devi, Kansari Devi, and Gaon Dev. It was an art I had been observing closely since I was eight years old and would accompany my mother and grandmother to weddings. They were the suvasini then, or the married women who were invited to help conduct the wedding rituals. We begin by making rice flour from soaking rice in water. Later, we gather the other residents of the village to make the wedding and dev chauks on the mud walls with rice flour and chiseled bamboo sticks. These chauks are made with great enjoyment as each person creates with a free hand and imagination. To this day, I am invited and paid by the wedding party to conduct the wedding rituals as one of two suvasini.

For this exhibition, Gauri invited me to make work outside the village for the first time. Warli art is connected to customs and rituals, festivals, celebrations, dances, worship, and stories of old goddesses and gods, and to all nature. On this earth, along with the changes in nature, the role of the Goddess and the work of goddesses is immense. In this exhibition, the many forms of the Goddess are shown.

What is your favorite work from the show and why?

There are two. Dhartari Devi or Mother Earth is depicted with all the seeds, seated on the earth. She is the caretaker of all beings on Earth—insects, plants, and all living beings. And Kansari Devi, because all the beings living on earth – animals, birds, trees, plants, rivers, streams, insects, and humans – need Kansari. And their entire life is based on her.  She is the Devi of dhan or paddy (rice). She is depicted on a cow since rice is like milk to humans.

What advice do you have for people who wish to delve into Warli art?

Warli art does not exist in isolation. The traditions, customs, and rituals of Warli society, the festivals, celebrations, dances, the worship of old goddesses and gods, and the worship of nature and its preservation are all critical in keeping the Warli Art alive and understanding its richness.

Artist of the Month: Kavi