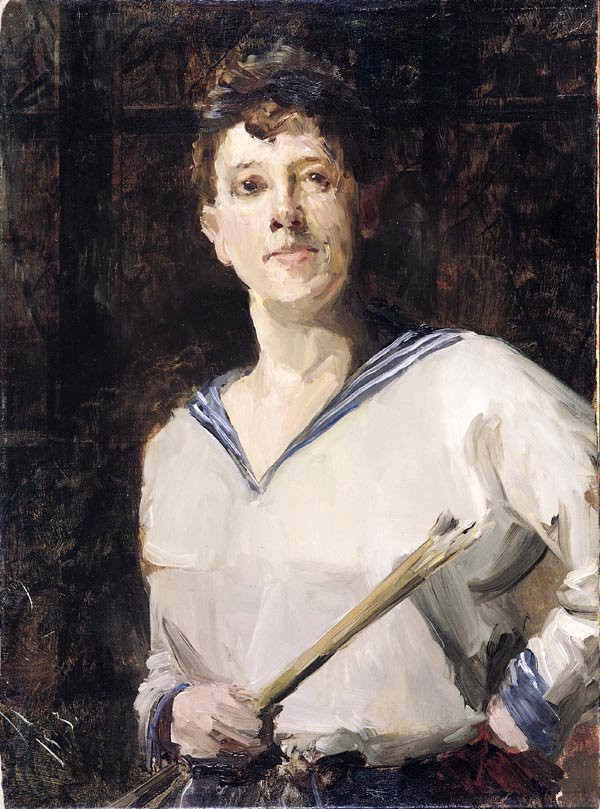 Marianne von Werefkin’s oeuvre is one of the most important blocks that helped bridge the gap between Expressionism and what succeeded it: “One life is far too little for all the things I feel within myself, and I invent other lives within and outside myself for them.”

Marianne von Werefkin was born to a well-to-do family in Tula, Western Russia, in 1860. From an early age she demonstrated abnormal artistic prowess and her innate ability, combined with the vital links that her socialite parents possessed, soon secured her significant patronage. By the tender age of 20 she was already employed as a student of Ilya Repin, the most esteemed Russian Realist artist of the era.

Her earliest known works, such as Self Portrait in a Sailor’s Blouse, showcase not only her masterly brushwork but also her interest in the eccentric application of color. She longed to paint in a flamboyant manner and, as a result, was heavily drawn to the works of the great Expressionists during these formative years.

Unfortunately, a truly bizarre hunting accident of 1888 halted her progress and resulted in a debilitated von Werefkin being unable to utilize her painting hand for many years. Yet, this major setback ultimately failed to prevent what was an inevitable surge to the zenith of Europe’s contemporary art scene. She decided to move to Munich, where she co-founded the ‘Blaue Reiter’ group alongside Wassily Kandinsky, and by 1910 had firmly established herself as one of the continent’s most authentic and exciting Expressionists.

The majority of von Werekfin’s most arresting paintings, which were typically created using tempera and gouache, were completed during this early part of 20th century. Many of them display, quite plainly, the influence that notable Expressionists like Paul Gauguin, Emil Nolde and Edvard Munch had on her practice. The painting The Black Women, for instance, seems to depict the same fluid and diligent females as those located in Gauguin’s famed Vision after the Sermon. Similar figures, which were likely based on Gauguin’s famed women of Normandy, can also be seen in Rhythms. And it’s not just von Werefkin’s figures which seem to imitate the work of Gauguin, her cavalier combination of ostensibly contradictory colors is also an apparent nod to the Frenchman’s artistic style.

However, von Werefkin was so much more than a mere mimic. Rather than simply copying the techniques and themes of the foremost Expressionists, she instead adopted what she required from the movement and then subtly adapted its teachings to the erratic, war-torn modern world that was developing before her very eyes.

Consider, by way of example, her painting Storm Winds from 1915-17. This image was painted in Switzerland, where von Werefkin and fellow artist Alexej von Jawlensky had relocated after the outbreak of the First World War. At first glance, this could perhaps be a work by Munch or even Van Gogh with its ethereal figures, melancholic feel and experimental application of color. The colors emitting from the window and the doorway are certainly Vincent-esque, yet on closer inspection the image unmistakably possesses a certain 20th century quality.

The clothing, for one, along with the eerie depiction of the trees, the abstract night sky and the almost otherworldly distortion of the image clearly demarcate Storm Winds as a late Expressionist work. It is definitively moving away from Munch and van Gogh’s self-reflective Expressionism and is edging closer to its more ‘Abstract’ cousin. Her later paintings, including The Monk from 1932, all possess a distinctly moody peculiarity and are clearly becoming more and more abstract.

It is perhaps best, therefore, to think of the oeuvre of von Werefkin as one of the many important blocks that helped bridge the gap between Expressionism and what succeeded it. In truth, though, attempting to find a working definition of von Werefkin’s marvelous and elusive work isn’t really that crucial. What is more important is what the naked eye reveals: art of supreme quality. As more and more of history’s great female artists are finally unearthed, it is surely only a matter of time before the seldom discussed von Werefkin takes her rightful place in art history. For she was, without question, a true titan of Expressionism. 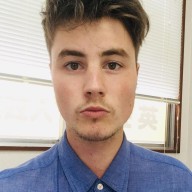 Joe Hazell is a writer, researcher, photographer and language teacher currently living and working between London and Tokyo. Joe studied Egyptology and Ancient History at Swansea University, where he specialized in the radical monotheistic art of the Amarna Period. He later obtained an MA in History of Art from Birkbeck (University of London), where he developed research responding to a wide range of critical concerns, including: Edo period Japanese eroticism (shunga), the relationship between the flâneur and the “flâneuse”, the erosion of urban masculinity in modern Paris, and the androcentric symbolism and visual language of Paul Gauguin. 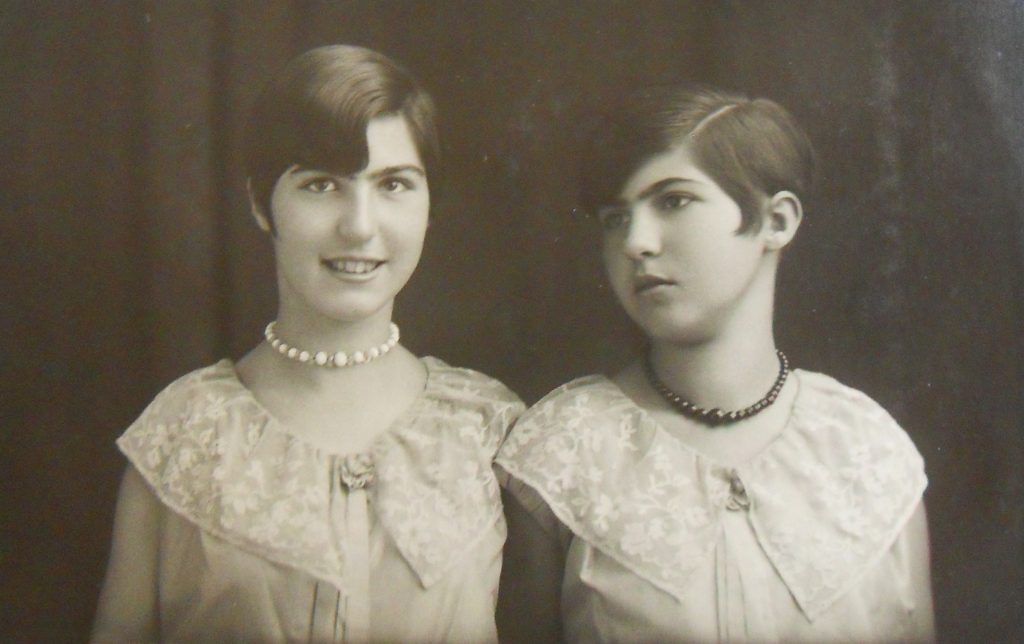 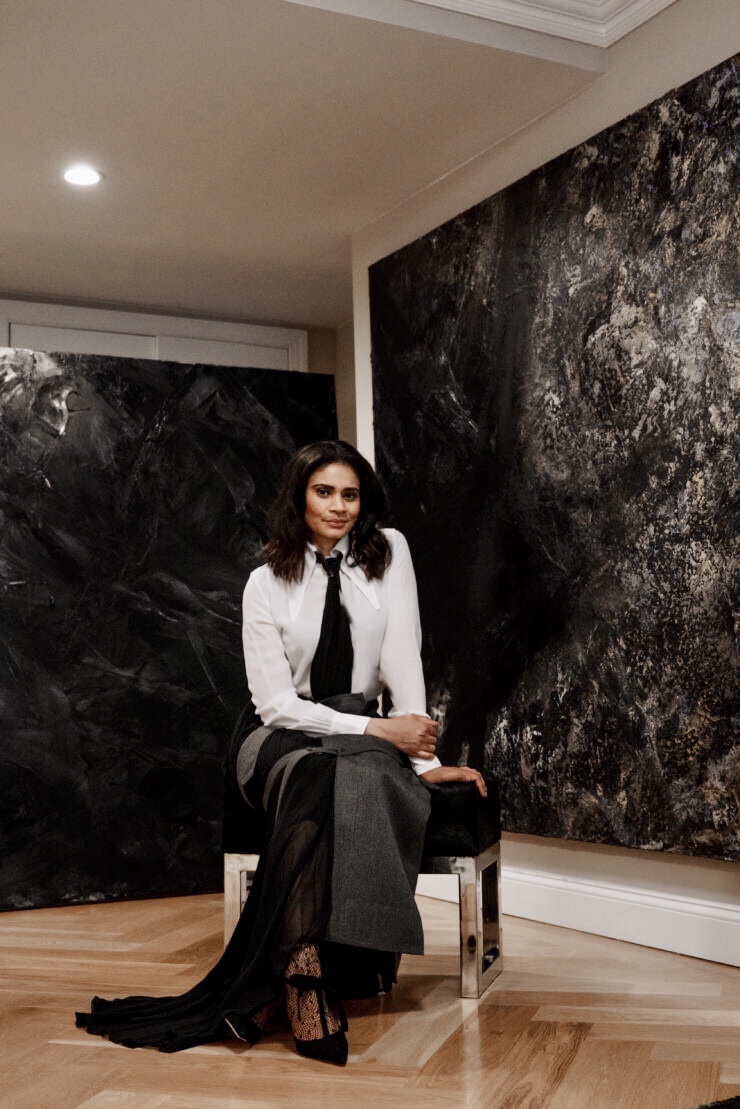