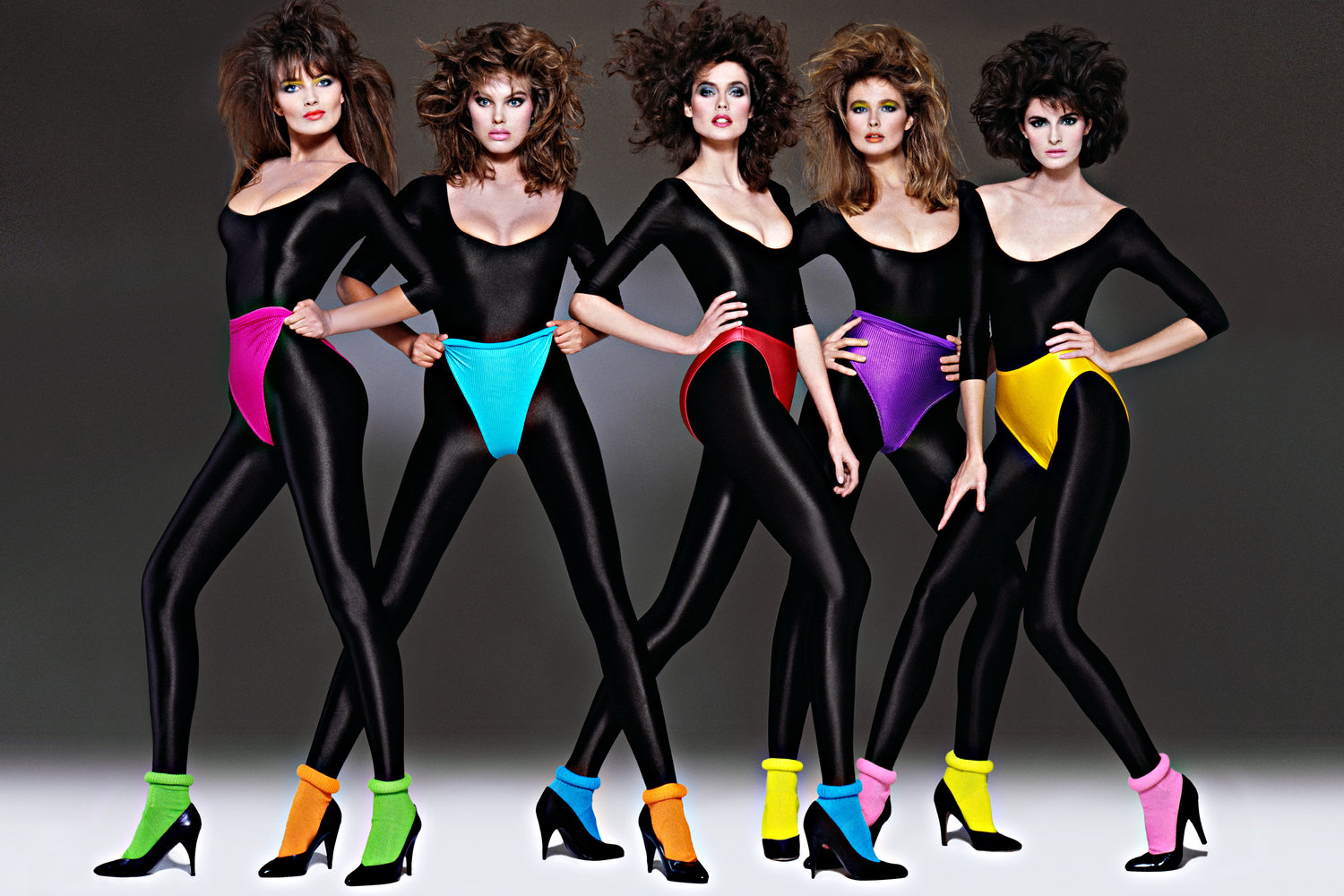 A TRUE CHAMPION of women in fashion and art, Marco Glaviano is an Italian photographer who has worked for leading fashion magazines and brands on both sides of the Atlantic, notably Italian Vogue. He was the first to shoot a digital picture for American Vogue in 1982 and has since shot over 500 covers for prestigious international publications. Alongside Elite Model Management, Glaviano was one of the key influencers in developing the “supermodel” phenomenon, helping to jumpstart the career of many of the world’s iconic fashion models including the likes of Cindy Crawford and Paulina Porizkova.

The exhibition at Space Gallery features thirty of Glaviano’s iconic works from his extensive portfolio over the last five decades and with a focus on the 1980’s that demonstrate the most productive years in his career as a fashion photographer. We sit down with the 77-year-old artist to discuss women’s empowerment, the fashion industry, and the conception of the “supermodel.”

“I think that women have been very, very much discriminated against in the arts, forever. A very good example of this is even in my family. My mother is a very talented painter but my uncle became a famous sculptor and she didn't, because women were not acknowledged in art. It was a man’s thing.” —Marco Glaviano

How did you influence the concept of the “supermodel”?

When I first came here to New York it was 1972 and there were no supermodels. That concept started to emerge towards the end of the ’70s. A really good friend of mine, John Casablancas, the owner of Elite agency, was a little concerned about how the fashion industry treated women – which was not very well – so John said, “Why don’t we do something about it and give them more power?” So basically he created this supermodel team, and all of a sudden all these models became the top of the world.

How did they push the concept?

Well first of all, they were and still are really extraordinary women. Very special. And then the agency started to promote them — they would say, “She’s so beautiful. Pay more.” So the clients would pay more and more, until the models could earn up to $50,000 a day. They became more important than the photography — the models were choosing the photographers. I was lucky that they picked me. But really, the models were running the show. They had all the power.

Towards the end of the ’90s, somebody decided that the models should look very thin, and waif-like with no shape…and so the supermodel era ended. Models don’t look like that anymore. They used to have a body. Now they are sticks. There must be a reason. The only thing I know is that nobody is famous like the supermodels anymore. Paulina is 54, she did a cover 6 months ago in a bathing suit. That is power. I don’t see any of these girls working now who are able to do that.

Talk about a few of your top favorites from this exhibition and what it was like to photograph models.

This one of Paulina (Paulina and 477 Bananas) is very important. It is more than 40 years old. This work is seriously a 50/50 endeavor. The models do 50%, the photographer does 50%. Anybody that tells you different, they don’t understand. I cannot take this picture without Paulina. With another girl, different face, same light, it’s nothing.

Cindy and I used to fight a lot about creative decisions and we’re still best of friends. She traveled all the way to Monte Carlo to open my show and again last year she came to Toronto to open my show there. When we were shooting, she would suggest something – for example that a prop would go here, and she would go there and the light would go here etc. etc. It’s a negotiation. The contribution of the model is enormous and people don’t understand this. These women are not objects. Strong personalities and very smart.

“These women are not objects. Strong personalities and very smart.” —Marco Glaviano

Why do you say that?

Because I know that and I see what happens. The modeling agency today is a meat market. In the old days before the supermodels, at least they were very serious, very professional. There used to be only four agencies. Then came the supermodels. After that, there are now fifty agencies in every town. And all these young girls from Europe and Russia, they put like four or five girls in a small apartment with one bathroom…they work, they get paid very little. I think somebody should do something about it. There are some exceptions of course, but it is still a really tough business.

You know the shoot I did with the five girls on the poster? We used to call them five million dollar girls because they’d get one million a piece. Now if the girls today get a thousand, they’re lucky.

Why is the disparity so different?

Because the girls I photographed were supermodels. They sold a lot of cosmetics and clothes. Paulina got a contract for 8 million dollars from Estée Lauder in 1983. Now they give those contracts to people like Kim Kardashian because she has “followers.” Trying to take a good picture of Kim Kardashian is impossible. You can quote me on that. I don’t know how anybody could be so famous because of the followers on Instagram. They don’t do anything—they just have followers and they have millions of “friends”? I don’t get that. I have three friends. It’s very scary. I don’t know the implication, but it’s a much bigger conversation in photography and fashion.

“This photo was an accident really, more or less. The model was doing a fashion shoot, and she was changing and then all of a sudden the light was perfect. The stylist said: 'Go away, we have to work,' and I said: 'Wait.' And now it’s one of the most successful photos I did.” —Marco Glaviano

Who is your favorite female photographer?

Ellen von Unwerth. She is a great photographer as well as a beautiful woman. She takes pictures of women unlike any other woman does. She has this approach to women, beauty and sexuality like a man. That’s what I like about her.

“I prefer my non-fashion work. Fashion is an oxy-moron. It’s commercial. It’s made to sell merchandise. So art takes second place. You have to create something beautiful, which I think is more pure. An image just for the image, like these pictures are some of my favorite.” —Marco Glaviano

What was the first camera you’ve ever had?

The first camera I had was a Leica. I had an uncle who was in the industry and gave it to me when I was 6. I started taking pictures professionally with a big 8 by 10 (mac) – which was a very serious approach! You have to do at least 12 steps before you could take a picture and if you missed one, it wouldn’t turn out right. And then I went through my Hasselblad period. I was one of the first people to work in digital. Before, the magazines didn’t even want digital, they couldn’t print them. So I published the first digital picture ever in 1982 in American Vogue.

I was consulting for Kodak at the time. I had a meeting with the CEO and the scientist developing new film. The staff said: “You invested so much money in research to make film.” I thought the CEO was going to have a heart attack: “FILM IS FOREVER! [Digital] is only going to last 6 months!” So they went bankrupt, I was fired, and now everything is digital. So I guess I was fine.

Tell me about the connection between the fashion and fine art.

The reason there’s so much fashion photography is because they paid a lot of money. It’s very simple. So a lot of people did fashion photography including me because of that. I didn’t care about fashion. Of course, there was a time when I became a fashionista myself. I used to call people who aren’t in fashion “civilians.”

You’re Italian, you have to be fashionable...

Actually, I think I’m one of the 3 photographers in the world that I know who dresses properly. Photographers in those days were shabby. When I used to work for American Vogue, I went to a meeting in a suit and tie, and the guy I was with was in sneakers, and he goes, “Glaviano…who’s your tailor?” Of course fashion was a very important part of my life and also paid a lot of bills.

Do you consider yourself to be a feminist?

I am Sicilian. I grew up in a country where men are taught to worship their mothers and treat women like royalty. In Italy, women are the true leaders of the house. In public, the men like to pretend they are the ones in power but really, it is the women who make all the decisions.

As a man, why is it important to support women in the art industry?

I think that women have been very, very much discriminated against in the arts, forever. A very good example of this is even in my family. My mother is a very talented painter but my uncle became a famous sculptor and she didn’t, because women were not acknowledged in art. It was a man’s thing. I had another uncle who was a futurist, Gino Severini, one of the most famous artists of the century. We were a family full of futurists. The wives were doing better work than their husbands, but nobody really recognized this until the exhibition of the futurist woman at the Guggenheim 3 or 4 years ago [Zero: Countdown to Tomorrow]. Until then, nobody knew that.

And there’s another one— the wife of Vecchione, a famous futurist,. She did amazing mosaics in Palermo during the fascist time. Amazing—in the post offices and unbelievable walls. Nobody ever saw this stuff. Nobody. And the husband—world famous. It tells you everything that you need to know.

‘The ’80s’ is on view at Space Gallery Soho until June 15. www.spacegallerystbarth.com 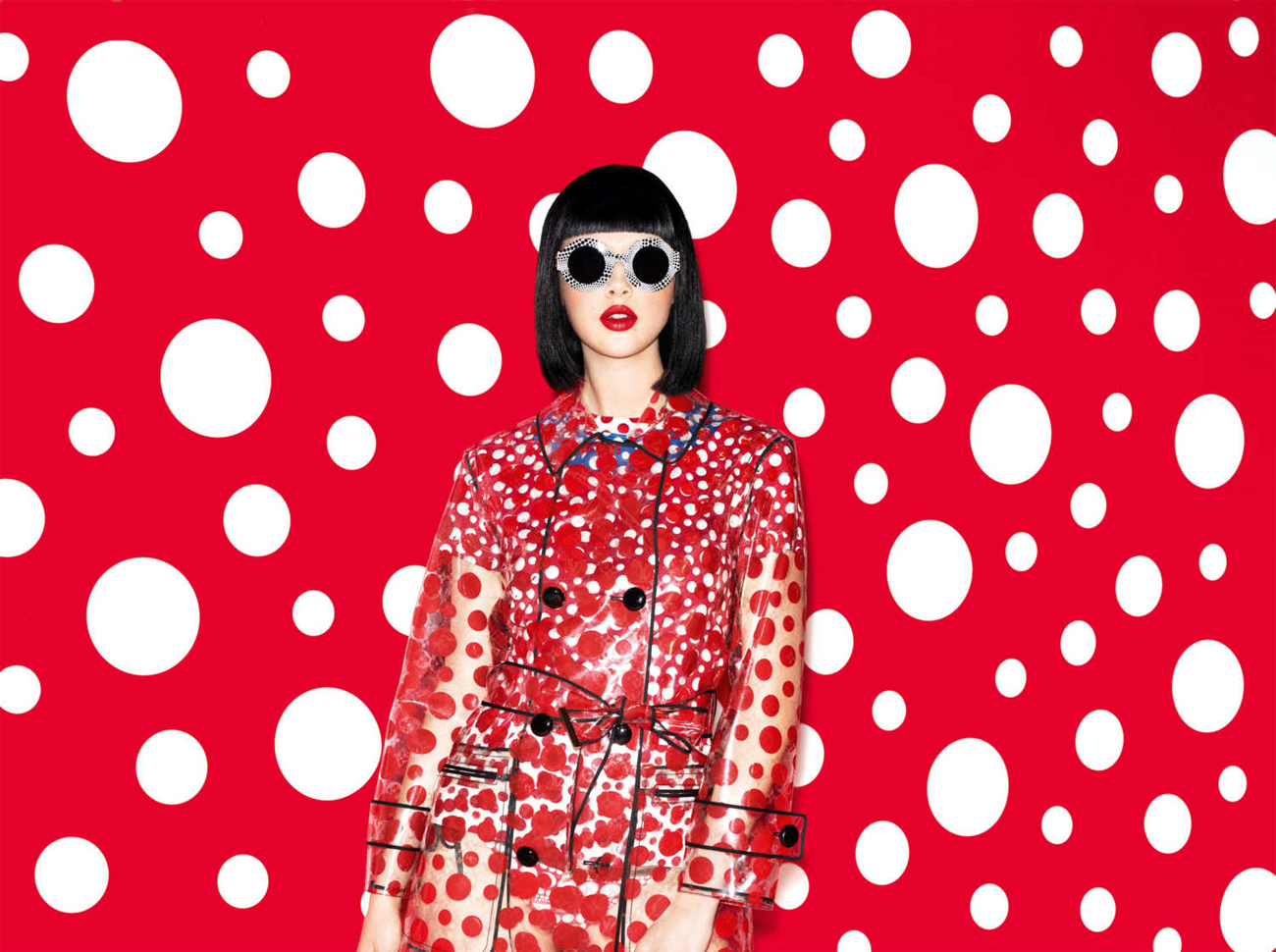 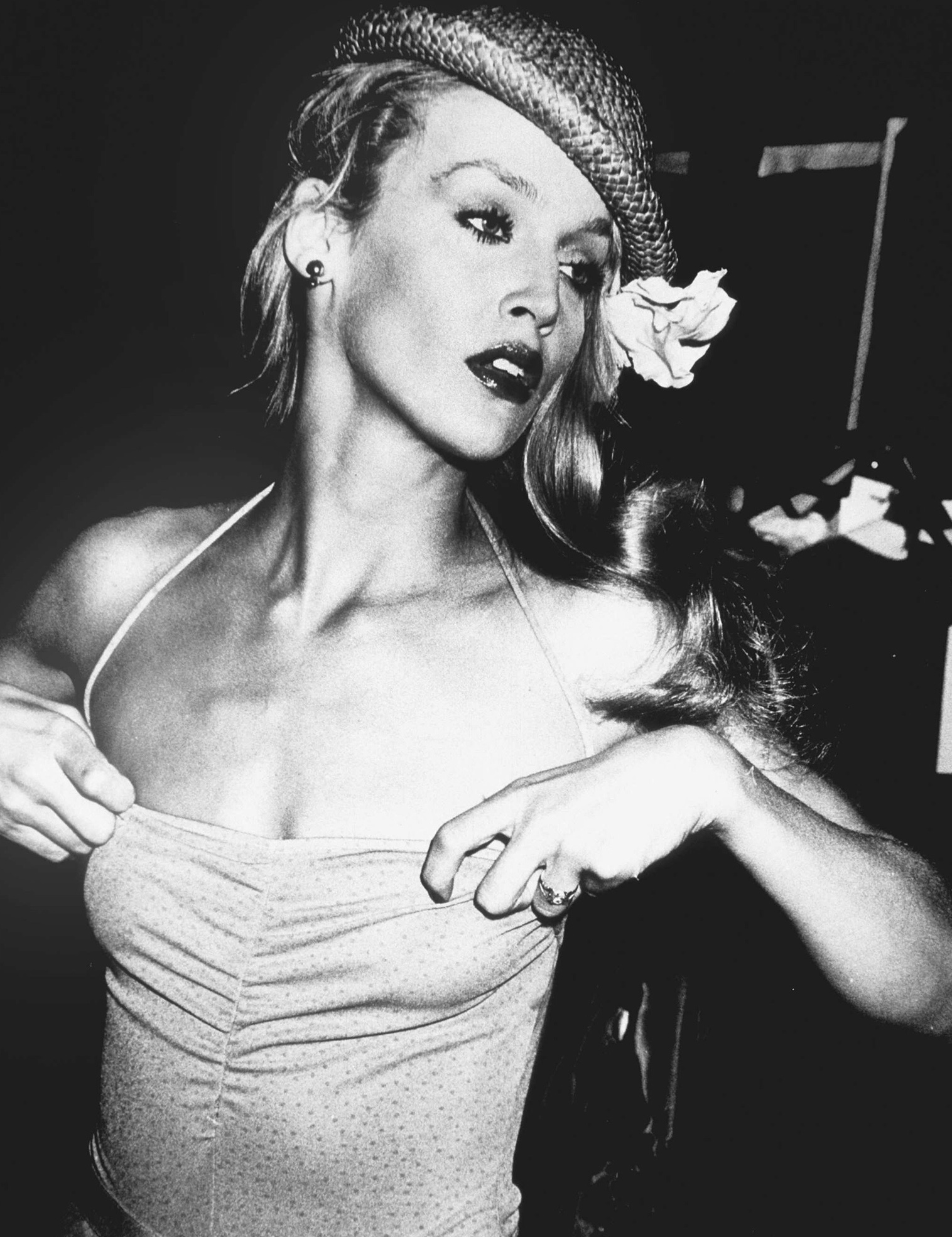 Behind the Scenes with Studio 54’s Iconic Photographer Rose Hartman